How can I file for divorce? How to Divorce FAQ’s 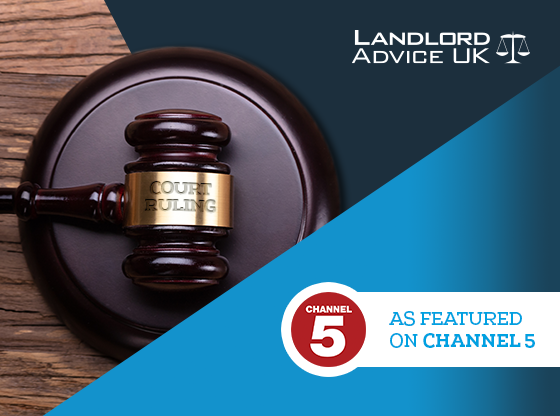 How can I file for divorce? How to Divorce FAQ’s

How do you start divorce proceedings?

A divorce starts with a divorce petition. The petition is made by one spouse (the petitioner) and issued in the family court. The court will serve a copy of the petition on the other spouse (the respondent). The court fee to issue a petition for divorce is £550. You can read our article on all the steps of divorce here.

How can I file for divorce with no money?

If you don’t have the finances to pay the court fee to issue a petition for divorce, you may be able to get help with paying the fee. You may be entitled to a part or full remission of the court fee.

To apply for fee remission, the fee remission form must be completed and sent to the court in which the petition for divorce will be issued.

What are the stages of a divorce?

There are 5 Stages of Divorce.

A. Issue the petition

Once the ground for a divorce has been established, a petition for divorce will then need to be issued in the family court.

All divorces start with the issuing of a petition for a divorce in the family court.

Once the petition has been issued in the court, the court will serve a copy of the petition on the Respondent. The Respondent then must complete an Acknowledgement of Service to acknowledge the petition and confirm whether they agree to, or oppose the petition. They must also confirm their position as to any claim for costs and any children there may be.

If the Acknowledgement of Service is not completed and returned to the court, the petitioner needs to prove to the Court that the Respondent has received the petition. This can be done by instructing a process server to hand the papers to the Respondent personally. The process server will charge a fee for this. In some circumstances, a Court Bailiff can deal with this. The Court Bailiff will need a written description or photograph of the Respondent and there will usually be a court fee to pay for this unless you are exempt from fees.

How much does a divorce cost?

A petition for a divorce which is uncontested and doesn’t involve property or children will usually cost the petitioner an average of £1,500 including the court fee of £550.

Where there are property and or children involved, the fees are significantly higher, averaging at £14,561 Money Advice Services reported.

What are the fees in a divorce?

Initially, the person filing for the divorce (known as the Petitioner) will always pay the divorce filing fee.

If the petitioner is on a low income they may get help with paying this fee, known as court fee remission.

The petitioner can ask for the respondent to pay their costs in a fault-based divorce, or in a 2-year separation case if they both agree.

You can represent yourself and file for a divorce yourself.

You can access the relevant forms through the court website or at the court clerk’s office. These should include a form to have fees waived due to financial circumstances. You fill out documents about your financial situation and ask the court to waive the fees, this is known as the fee remission form.

You may also be able to have a lawyer or legal advisor complete the forms for you to ensure all documents are completed correctly but represent yourself which is usually a substantially cheap option.

What are the grounds for divorce?

The Petitioner needs to satisfy the Court that the Respondent has committed adultery and that he/she finds it intolerable to live with the Respondent.

Adultery Petitions can be used if the Respondent admits his or her adultery, otherwise, it may be difficult to prove this and an unreasonable behaviour Petition can be issued instead.

It is possible to name the third party involved as the Co-Respondent but this is usually discouraged. Doing so can make the proceedings more acrimonious and drawn out.

The Petitioner needs to show that the Respondent has behaved in such a way that they cannot reasonably be expected to live with them.

The Divorce Petition must include examples of the Respondent’s unreasonable behaviour during the marriage. These can include serious or relatively mild allegations of behaviour.

Usually, the allegations of behaviour have no direct bearing on how financial or children matters are resolved. Therefore, it is better to try to keep things as amicable as possible.

It is usually good practice to send a draft Divorce Petition to the Respondent for consideration before it is sent to the Court in order to try to avoid the Respondent defending the proceedings.

The Petitioner needs to show that the Respondent has deserted him/her for a continuous period of at least two years.

Desertion Petitions are rarely used because usually one of the other facts applies.

Where the parties have been separated for at least two years, a divorce can be granted on this basis if the Respondent consents to the divorce.

Where the parties have been separated for at least five years, a divorce can be granted on this basis without the Respondent’s consent.

Will I lose everything in a divorce?

Generally, the starting points for dividing assets owned by married couples that go through with a divorce will always be to equally divide the assets. However, the financial settlement in divorces does vary from case to case as this depends on the individual circumstances of the parties and their needs.

A Court must take into account the Matrimonial Causes Act 1973 (and Civil Partnership Act 2004) which deals with the issues that the Court need to take into consideration.

(a)  the income, earning capacity, property and other financial resources which each of the parties to the marriage has or is likely to have in the foreseeable future, including in the case of earning capacity any increase in that capacity which it would in the opinion of the court be reasonable to expect a party to the marriage to take steps to acquire;

(b)  the financial needs, obligations and responsibilities which each of the parties to the marriage has or is  likely to have in the foreseeable future;

(c)  the standard of living enjoyed by the family before the breakdown of the marriage;

(e)  any physical or mental disability of either of the parties to the marriage;

(f)  the contributions which each of the parties has made or is likely in the foreseeable future to make to the welfare of the family, including any contribution by looking after the home or caring for the family;

(g)  the conduct of each of the parties, if that conduct is such that it would in the opinion of the court be inequitable to disregard it;

(h)  in the case of proceedings for divorce or nullity of marriage, the value to each of the parties to the marriage of any benefit which, by reason of the dissolution or annulment of the marriage, that party will lose the chance of acquiring (typically a pension).

What happens to property after divorce?

The parties should always try to reach a settlement about their finances and any property that is jointly owned or was acquired by one of the parties during the marriage.

However, sometimes parties can’t reach an agreement in which the court will intervene and decide how finances and property is to be dealt with.

The Court can order that property owned jointly by the parties can be changed so that the property is transferred to the ownership of one or the other. The court can also make an order for the sale of the property and decide on how the proceeds of the sale of property are split between the parties.

If the jointly owned property is to be retained by one party and there is a mortgage secured on that property, it is possible that the Lender will refuse to release the outgoing party from the mortgage.

The court cannot force a Lender release, anyone, from a mortgage and so possibly both parties, could continue to be named on the mortgage for many years where there are very young children.

In those cases, the party who is to remain in the property may indemnify the other against all liabilities, but that will not necessarily prevent the outgoing party from having their credit rating affected should the mortgage payments not be kept up to date.

Need assistance with a Divorce

Landlord Advice UK provides a fixed fee service for divorce petitions. We will initially discuss your case free of charge to advise you if you meet the criteria to file for a divorce. You can contact our team on 020 3903 2000.