Notice Period to be Extended to 6 Months Notice 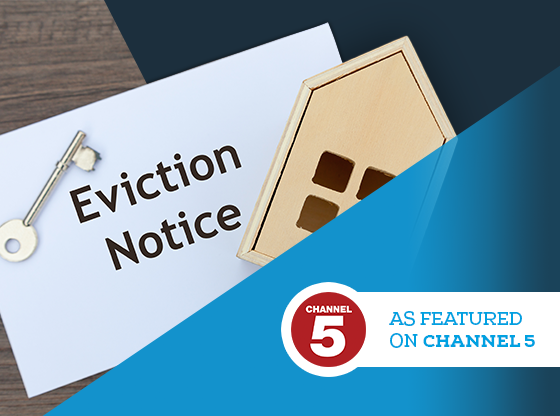 Notice Period to be Extended to 6 Months Notice

Once eviction hearings restart, the judiciary will carefully prioritise the most serious cases including those involving anti-social behaviour and domestic abuse

The Government has announced that renters affected by coronavirus will continue to be protected after the government extended the ban on evictions for another 4 weeks, meaning in total no legal evictions will have taken place for 6 months, Housing Secretary Robert Jenrick has announced on 21 August 2020.

The Government also intends to give tenants greater protection from eviction over the winter by requiring landlords to provide tenants with 6 months’ notice in all bar those cases raising other serious issues such as those involving anti-social behaviour and domestic abuse perpetrators, until at least the end of March.

The Government will keep these measures under review with decisions guided by the latest public health advice.

When courts do resume eviction hearings they will carefully prioritise the most egregious cases, ensuring landlords are able to progress the most serious cases, such as those involving anti-social behaviour and other crimes, as well as where landlords have not received rent for over a year and would otherwise face unmanageable debts.

The Government has taken unprecedented action to support renters during the pandemic, preventing people getting into financial hardship and helping businesses to pay salaries – meaning no tenants have been evicted since the start.

As a result, according to independent research, 87% of tenants have continued to pay full rent since the start of the pandemic, with a further 8% agreeing reduced fees with their landlords.

The vast majority of landlords have shown understanding and leadership, taking action to support tenants.

With coronavirus still posing an ongoing risk to public health, the government will continue to take action where necessary to further protect households in both the private and social rented sector are supported over winter, helping to keep them safe.

The extension to the stay of possession claims and 6 month notice periods will ensure those most at risk are protected  that government has stated. If tenants are unable to afford their rent we encourage them to speak to their landlord to agree a solution, and some households may decide to consider moving.

The Government will continue to work with the judiciary and stakeholders to ensure that the courts are prepared for eviction cases to be heard safely.

“I know this year has been challenging and all of us are still living with the effects of COVID-19. That is why today I am announcing a further 4 week ban on evictions, meaning no renters will have been evicted for 6 months.

I am also increasing protections for renters – 6 month notice periods must be given to tenants, supporting renters over winter.

However, it is right that the most egregious cases, for example those involving anti-social behaviour or domestic abuse perpetrators, begin to be heard in court again; and so when courts reopen, landlords will once again be able to progress these priority cases.”

Case listing, including prioritisation, is a judicial function and we are working with the judiciary through the Master of the Rolls’ Working Group on possession to consider the categories of serious cases that would be prioritised when hearings resume. Further detail on those categories will be set out in due course and we will engage with key stakeholders on this.

Independent polling for the National Residential Landlords Association recently found that 87% of private tenants have paid their rent as normal throughout the pandemic so far. An additional 8% said that they had agreed a reduced rent, a rent-free period or made some other agreement with their landlord or letting agent.

The intention to extend notice periods to 6 month applies to England only.

On 5 June the Government announced that the suspension of housing possession cases in the courts had been extended by a further 2 months.

To support those on Universal Credit or Housing Benefit in the private rented sector, Local Housing Allowance rates have been set to the 30th percentile of rents in each area. For those who require additional support Discretionary Housing Payments are available.

As announced at the spending round for 2020/21 there is already £180 million in Discretionary Housing Payments for Local authorities to distribute for supporting renters with housing costs in the private and social rented sectors.

The Government stated it will remain committed to bringing forward reforms to provide greater security to tenants, but it is only right that this is balanced with an assurance that landlords are able to recover their properties where they have valid reasons to do so. This is vital to ensuring the future supply of good quality housing in the rented sector.

The Government further stated it will bring forward legislation in due course, once the urgencies of responding to the pandemic have passed, to deliver a better deal for renters and a fairer more effective rental market.

Landlords urge Gov to ‘get housing
Landlords have called on the government to ensure any housing reform is “done right” as the Conservative party takes the country’s helm for the next five years. The UK voted overwhelmingly for the Conservative party, boosting the party’s position in the House of Commons by nearly 50 seats and providing its leader Boris Johnson with a […]